This piece is built from a 1/8 scale RQ-9 Reaper drone that crashed during a surveillance mission in 2012. As a result, a wing, 2 landing gears, and its camera have been detached. Lying against a corner, the Unmanned Aerial Vehicle (UAV) is confronted with two broadcast monitors: one pointing at the drone, the other pointing away from it. The inward facing monitor shows the nose of the drone; the outward facing monitor uses the POV from the drone's detached camera to see its own likeness on-screen. This final effort reveals both the machinic and human subjectivities responsible for its operation in a detached image made possible only by the limits of the apparatus.

*Installation images from installation at the ICA Boston (June 2 - July 6, 2015) 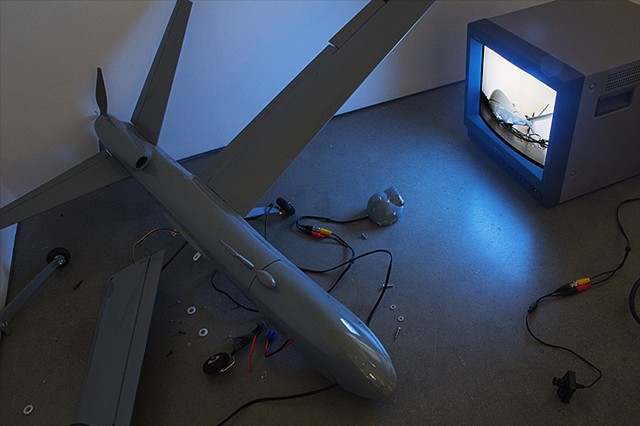 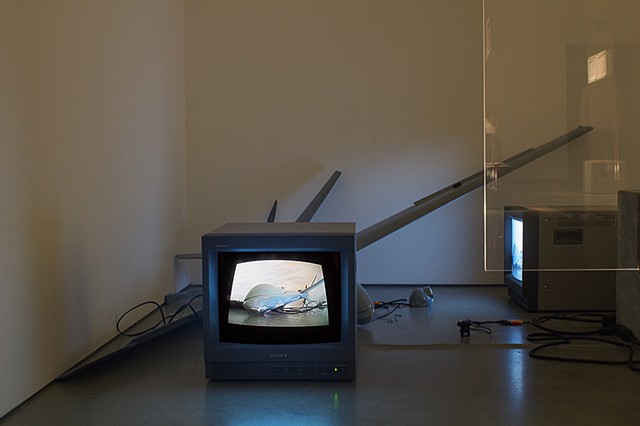